The new album of the KHARA “Yav`” / Reality continues the traditions of the New Wave of Siberian Russian Rock. Unlike the debut album, this one has more precise and mature forms, and also there is more rock here. Simple and easy-to-remember lyrics are perfectly combined with sharp rock reefs and ethnic melodies. Connoisseurs of psyhedelic-rock will surely appreciate the chip with a guitar lotion, thanks to which guitar parts really become similar to the guttural mutter of shaman. Speaking of shamans – due to the abundant presence of ethnic instruments in the album, since Tuvan drum kergenge, morinhur and pimak, as well as throat singing by Alexey Khovalyg, the album became densely saturated with the theme of shamanism and ancient mystification. 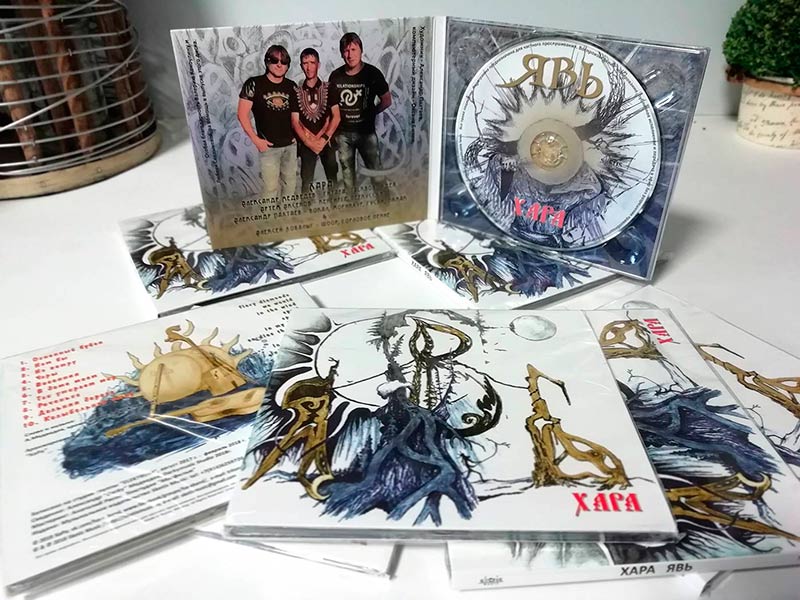 In addition to changing the musical concept, there were other changes in the KhARA group, for example, instead of the departed vocalist Leshy (Eduard Pogodin), Alexander Pakhtaev took the vocals (songs and vocals of which we could already hear on the album Old Pickap “Nomad” published in 2015). Alexander is also an excellent painter and craftsman of ethnic musical instruments. The album was published in 4-page digipack and decorated with drawings by Alexander Pakhtaev. You can also listen to and download the album in all major music stores and services, such as Spotify, iTunes, GooglePlay, Amazon and others.