Album Artem Uzunov "Are You Ready?" – a new sound of Arabic darbuka!

The new album by Artyom Uzunov "Are You Ready?" Is published by Russian world music label Sketis Music

Album "Are You Ready" from Artem Uzunov opens new horizons in the sound of Arabic darbuka – it is a musical journey full of life-affirming energy filled with original solutions and a wide range of instruments such as guitar, hang drum, violin, saxophone, trumpet, etc. This work is devoted to all, who are interested in hot drum rhythms, oriental dances, clockwork latina and even classics in processing.

In the new album Artem Uzunov continued experiments on combining the sound of the Darbuka and Oriental drum traditions with modern and incompatible styles. For example, the track "My Love ... Music" is a slow sexy hip-hop, in which the sounds of darbuki compete with languorous female sighs, and the track "Asturias" of the famous Spanish composer and pianist Isaac Albenis is simply magnificent. 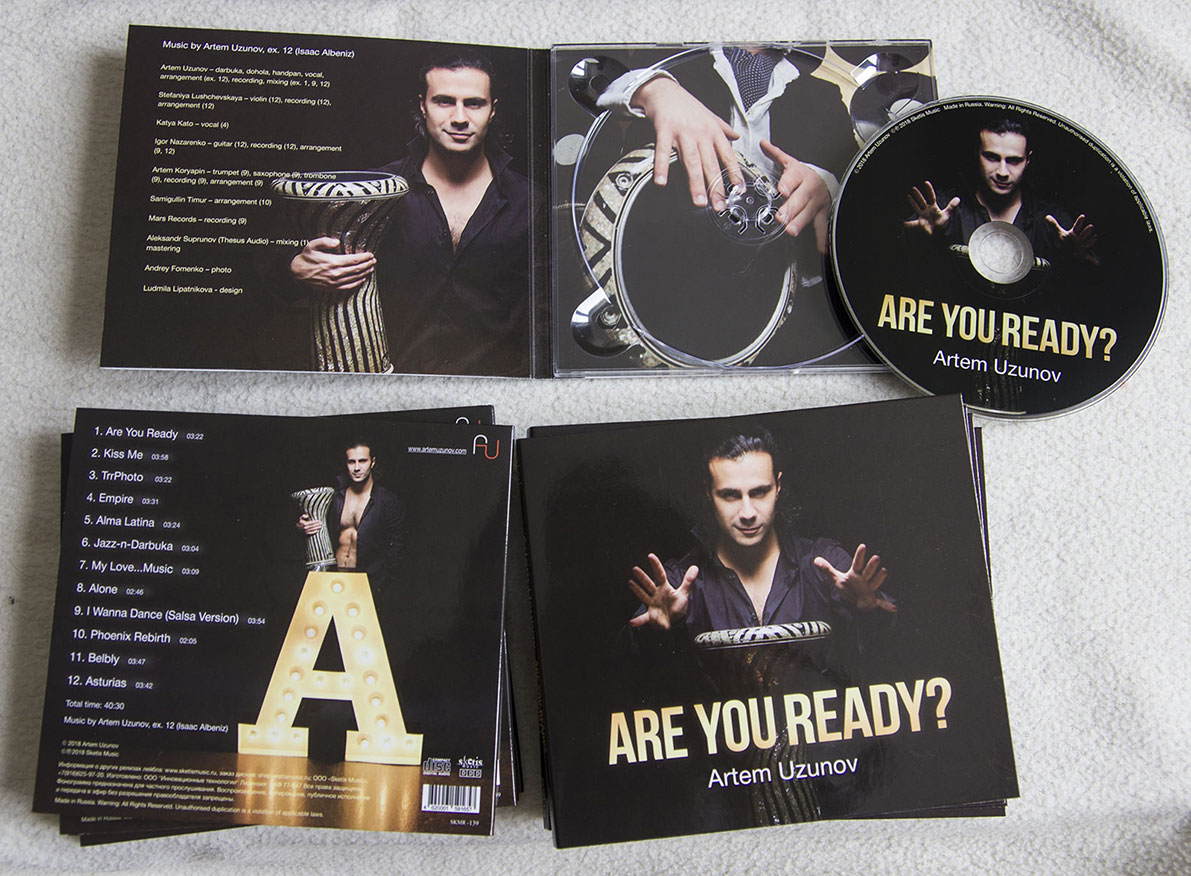 Also in the album there is an original technique in the process of which the rhythm of the music is pronounced in the voice , as for example in tracks "TrrPhoto" and "I Wanna Dance".

Among other things, Artem Uzunov is very fond of Latin American music, which is why in his new albumthere was a salsa version of the track "I Wanna Dance" and the track "Alma Latina", which in Spanish means "Latin American soul", and in which it is shown that some traditional Arabic rhythms and rhythms used in modern pop-Latin like Enrique Iglesias, Shakira, etc. - completely identical.

Artem himself wrote most of the arrangements, especially everything related to the drums - where it turned out to be realized with the help of electronic rhythms, and in some of them an acoustic drum set is used. Unreal power is represented by the track "Empire", in which drums, combined with electronic rhythms, are associated with large-scale military scenes from historical films, when armies go to battle. And the track "Alone" begins with the mystical sounds of the hand / hang drum, which are soon connected with a darkback and a languorous male voice.