Mantra Zarathustra's album from the international ethno-jazz project Baraka will appear in the preorder of iTunes on November 10, the official release was appointed a week later, on this day the album will appear in all music services. 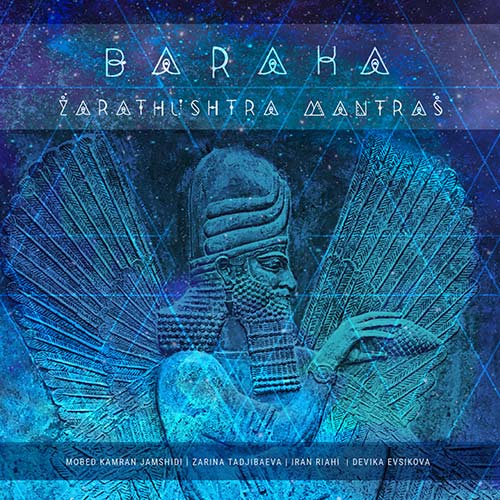 The release date of the international project Baraka - Zarathushtra Mantras, dedicated to reading the ancient mantras of Zoroastrianism in combination with modern improvisations, including various musical styles from jazz, to dub and art-rock, has become known. The musicians from the Baltic ethno-jazz community Baraka led by Dima and Devika Evsikov`s, Zarina Tajibayeva from Tajikistan, Iranian Iran Riahi, and the true bearer of the tradition, the priest of the Zoroastrian community of Europe, Mober Kamran Jamshidi, took part in the work on the album.

The release will be available for downloading and full listening already on the 17th of November, at about the same time it will appear in online stores with physical media. As a pre-order album will be docked in iTunes on November 10th. Here is the link to the album in iTunes, where you can pre-order https://itunes.apple.com/us/album/zarathushtra-mantras/1305781490.