CD Review to Inside World Music by Matthew Forss 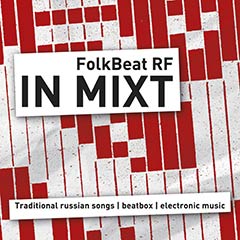 The vocal quartet, Folkbeat RF, features the music of four Russian women, Svetlana Ivanova, Maria Zibrova, Svetlana Shestopalova, and Alyona Minulina on an incredible, contemporary release, In Mixt. The vocal harmonies are a bit like Finland's Varttina in parts, while some of the more popular arrangements are evocative of urban beatbox. However, the beatbox stylings are very appropriate and intriguing. There is a historic quality to the vocals, which stems from the ancient Russian influences. Sacred and choral music of Europe can be heard as a strong influence here. There are various electronic programming touches that bring about a new age and alternative presence. The songs are based on folkloric foundations, but the contemporary appeal reaches across genres and geographic boundaries with tunes that everyone can relate to. Fans of Russian vocal music, rap, dance, folktronica, and world fusion will find In Mixt to be a 'mixt' bag of wholly likable hits! No complaints here. ~ Matthew Forss 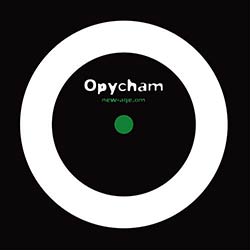 Opycham's latest release, new.age.om, was recorded in Tuva, which is spearheaded by drummer and percussionist, Rasputin (of Yat-Kha-fame). The meditative and monastic eight-track release celebrates various religions including Russian faiths, Buddhism, and Shamanism. The album contains a backdrop of various rain sounds, fire, birds, insects, and water-flows for a very earthy element. The pensive instrumentation is rather light and alternative and comprises the cello, djumbush (like a Turkish tanbur), guitar, and hand-percussion. The music is vocal, but very entrancing overall. The subtle inflections of earthy elements and hypnotic vocals make Opycham's latest release well-worth a listen. Fans of shamanic, alternative, new age, Russian folk, and European music will love it. It's a great way to unwind! ~ Matthew Forss