The parallel between the journey and death has long been a common place in world culture. But extreme experience can withstand a few. Therefore, the album "Meryachenie" - is a hostel for Berserkers. It is designed for the few daring who are not afraid to

Happens and so: the idea of creating a group of "Hara" from Abakan originated at the Tourist Camp "Snow Bars", where he worked as one of the future founders of the band - multiinstrumentalist Edward "Leshy" Pogodin. Having got acquainted with guitarist and drummer Alexander Medvedev Artem Aksenov, they worked only a few hours and recorded it improvisational disk.

Spontaneity and an inexplicable sense - the main advantages of this work. The only way to 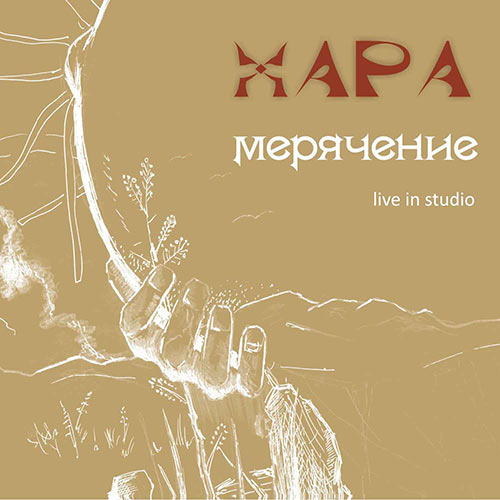 describe the phenomenon of "meryacheniya", consisting in the fact that a person suddenly begins to emulate the shaman in all their actions and statements. To describe the border states of the psyche is perfectly suited blues, and psychedelic guitar, on which "Hara" and made a bet on the album.

The songs are not the traditional, and the sound is not closer to the blurred folk-avant-garde, but to rather rigidly structured things "Kalinov Most" and "Pilot" (Russian rock bands). Only the "Hara" is more the monotony that is perfectly suited to describe the trance characters. And each of them is any highlight in the form of a solo on the unique instruments made by the soloist.

Seven tracks - seven stages of submission to a higher power, "seven naughty steps beyond the horizon." It starts with a feeling of exhaustion affairs on this earth ("Exodus") and the transition to alternative. With unaccustomed hero feels fear and confusion, and the once robust word-forms, like "a field of dry land" and "through the stump-Kolodin" buffers seem to move forward.

Uncertainty and anxiety felt and the next two compositions - "Dolushka" and "East". In "Oh yes we are," the hero meets the same as it is exorbitant unfortunates, and cheers. The "Home" comes the understanding that genuine home he did not have in the world, and in parallel worlds. Instrumental "Kaliuk" extends past the corridor to where there is no return. The final "goryushko" - whether consoling message from another world to rest in the earth sweetheart, or a promise to subject meryacheniyu and her soon.

The parallel between the journey and death has long been a common place in world culture. But extreme experience can withstand a few. Therefore, the album "Meryachenie" - is a hostel for Berserkers. It is designed for the few daring who are not afraid to look death in the eye.